Along with a group of friends, I visited the Cheekwood Botanical Garden and Museum of Art in Nashville, Tennessee. The day was perfect for walking through gardens and the displays were magnificent. In celebration of their 50th anniversary, the museum had on exhibit 40 paintings and four sculptures works from The American Impressionists in the Garden, works of art from Faberge’ (housed in a special room with a guard on duty), and the focus of the tour - magnificent pieces of art by the world famous glass artist Dale Chihuly. Chihuly’s pieces were also installed within the nature landscapes and the blending was amazing - man-made work intertwined in nature. 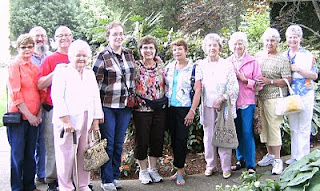 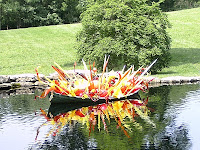 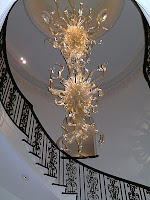 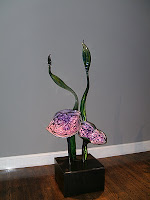 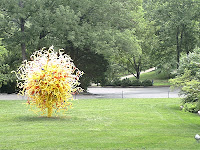 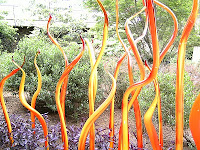 These are just a few of the glass sculptures. I would’ve loved to take photos of the paintings; however, the museum only allowed photographing of Chihuly’s pieces.

All in all, it was a wonderful day and seeing the art up close and personal was great.
Posted by Lokelani Forrest at 11:29 AM 5 comments:

Still on the Easel

Quite a while ago my daughter-in-law handed me a 4x6 snapshot of my granddaughter Ellie that she had taken. She asked me if I would paint it when I had the time as it was one of her favorite photos of Ellie. Well, I finally got around to it and am glad that I did. This shot was taken about a year ago and is so typical of Ellie. She is growing up so fast and we may never see her in this situation again, so am glad that not only was it captured in photo, but on canvas as well. Yesterday we celebrated her fifth birthday...can't believe that she's there already. 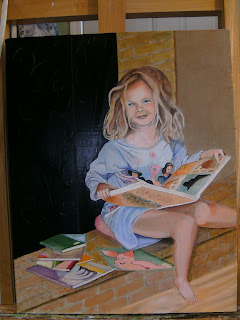 I have not signed it yet, so it is still considered a WIP (work in progress) if anyone has a critique.

Also, maybe of interest is the fact that I have a new computer which was loaded with Windows 7. I know it is suppose to be an easier operating system, and anything would be better than what I previously had...but I knew my previous operating system so much better than this one. I'll learn though. Anyway, that's why the picture is not cropped - I don't know how to do it, yet.

Thank you so much for visiting. Talk to you next time.
Posted by Lokelani Forrest at 10:35 AM 13 comments: